super happy to have you here. I am escited to celebrate the release of Melia Alexander’s latest book Seduced by the Soldier, where an upcoming photographer Zandra is supported by her brother’s best friend on her trip through unknown countries and cities – and to boths dismay they have had feelings for each other for a long time. So what to do when you’re crushing your brother’s best friend, and how should Blake act since Zandra is so cute and adorable. He swore to keep an eye – not his hands – on his best friend’s sister… A disaster is in the going. 😉

I hope you are ready for it. Next to the needed book info and the excerpt there’s my review.
Also read further for the chance to win a really cool price in the giveaway. 🙂

Zandra York just got her big break, photographing a major project for a travel magazine. So what if she’s never traveled out of the country before? Or that she’s more adept at deciphering fraudulent financial statements than reading German train schedules? Her brother Jackson is on his way to act as her guide, and she can’t wait to experience Europe with him.

But when Jackson’s overprotective best friend gets off the plane instead, Zandra knows this will not end well.

There isn’t a damned thing Special Forces instructor Blake Monroe wouldn’t do for his best friend, but babysit Zandra when Jackson is unexpectedly called away on a mission? Nope. Not on the list. Especially not when she proves to be more trouble than he can handle—and far too tempting.

Between accidentally hiring a hearse as their rideshare, an unprovoked goat attack, and photographing erotic-shaped chocolates, Blake and Zandra can’t keep their hands off each other. But Zandra’s new career is about to send her all over the world and Blake is finally ready to settle down after his next deployment.

Hilarity ensues when a world-weary Special Forces soldier must keep his best friend’s little sister, an independent travel photographer with zero experience and too much determination to go where she has no business going, out of trouble.

“I don’t know whether I should kiss you or yell at you.”

His soft words flowed through her, kicking her pulse higher. Was he offering her the choice? Because she knew which she preferred.

He rumbled a laugh and moved closer. “If you change your mind, just say so and I’ll stop.”

“I don’t want you to stop.” That was the truth, she realized, mesmerized by his powerful gaze.

The kiss started out soft, slow, as they learned the feel and taste of each other. His lips were firm, inviting, so much so that Zandra tilted her head, angling for more of his taste, more of his touch.

She placed both hands on his T-shirt, the soft fabric covering what she’d suspected, and now knew, was a solid chest, likely chiseled and smoothed from hours of Army-required PT.

His hands were busy, too. One hand traced her hip, the other caressed her face so gently, slowly, methodically as his lips played on hers, teasing them apart and requesting an entry she was only all too happy to give.

His tongue swept in and explored, tasted, dueled for control, and she fought the heady feeling she was diving into an emotional lake and would lose herself in its depths, that she wanted to lose herself in it. Time, distance, location… none of it had any meaning in this moment. No, this moment belonged to them. Only them.

Seduced by the Soldier by Melia Alexander
My rating: 4 of 5 stars

I liked this book by this new-to-me-author and read it in (almost) one go.

Zandra is a very pleasant, quite lovable main character with clear goals she want to acchieve which are so against the expactations of her parents. She breaks out her shell and does what she always wanted: starting a career as a photographer.

It’s delightful to follow her along, how she is pursuing her dreams and you can definitely feel the joy and happiness radiating out of her. The fact that her brother’s best friend – and a pretty long secret crush – is her travel companion instead of her brother is an unexpected turn and more than just a nuisance – it’s hard to keep focused on her task when her brother’s friend Blake is so damn hot, no wonder, being a Special Forces instructor himself, almost literally screaming army in capital letters.

I loved that we had a solid base as a foundation for these characters since they know each other for a while and you see that both have paying attention in the past – they know things others would have explore yet, hence their relationship and bantering is smooth and very pleasant to read. As a reader you swoon several times when Blake is especially caring and attentive. He is beneath the hard exterior and his “stay away from my emotions”-attitude a very protective and deeply caring person, who is taking his job seriously to keep Zandra out of trouble – as he promised his best frien and Zandra’s brother.

What was a bit lacking, was that we haven’t had the tension I would have expected whenever I pick up a best friend’s [x] -trope title. There is undeniable tension between Zandra and Blake, they have hard time to ignore it but I would have wished to see more of Zandra’s brother Jackson. He could have been more added in the story to give Blake a good amount of sweating, also I was wondering: he sends his best friend on a mission to take care of his sister yet he’s unexpectedly absent is asking how she is, at least the reader never sees these convesations – mind it via a phone call or a text message. I explained it his lack of asking how she’s going is due to his own mission he was on, still this rubbed me a bit wrong or at least I was wondering.

As I pointed out, I loved how natural they changed from being acquaintances through Zandra’s brother to something like a solid frienship or at least travel companionship. On the other side, despite their mutual feelings for each other, they both are having several personal dreams they try to pursue, and being in a relationship is pretty much the last they both need. This goal-oriented behaviour is especially strong with Zandra, something I loved and loathed at the same time. I am so into it that she is an indepented woman, someone who know what she want in her life. While she is ambitious during the trip she comes across as sometimes recless, she is spontaneous, which isn’t per se a bad thing but in some scenes her lack of taking care and being attentive to (potential) danger is a bit exausting. Blake is the right guy at her side and tries to give her enough space yet he is sometimes at his limit – especially since he cares so much and worries endlessly.

The end was unexpected and fits very well to the overall topic, yet connected with Zandra’s goal oriented living I was a bit unsatisfied to close the book with a content sigh; it worked well yet for me it was just “good” and not “surpreme”, hence the 4 out of 5 stars at the end. Still an enjoyable book with a trope I really like and pick up whenever I can. 😀

Melia Alexander is the author of sassy, sexy, fun contemporary romances, but is also fortunate to spend her week days at The Male Observation Lab (a.k.a. her job at a construction company) where she gets to observe guys in their natural habitat. Though they often behave like typical alpha males, she’s often seen through their personas to the heart of who they really are – the heroes of their own stories. A native of Guam, Melia traded in warm, tropical breezes for the rainy Pacific Northwest. She’s an avid reader who also loves romantic comedies – preferably with a glass of Cab Sauv and a box of dark chocolates nearby. In her free time, she’s busy conquering her CrossFit fears: ring dips, power cleans, and the dreaded 800 meter run.

Celebrate the release of SEDUCED BY THE SOLDIER! Enter to win one of three $5 Amazon Gift Cards from Melia Alexander! 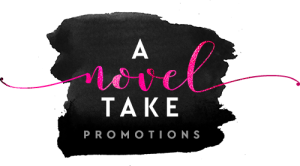