super happy to have you here. I am super thrilled to celebrate the release of Erin McLellan’s latest book Clean Break, the sequel to Controlled Burn.

I hope you are ready for it. To get into the right atmosphere I have an exclusive excerpt below.
Also read further for the chance to win a really cool price in the giveaway. 🙂 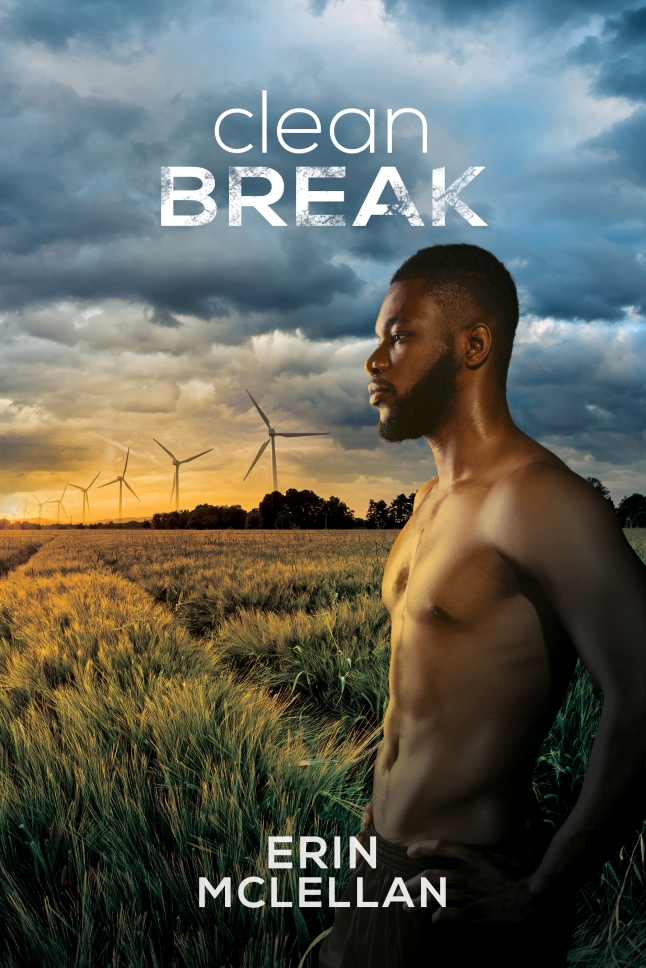 Travis and Connor do not like each other, but after being paired together in Entomology 101, their mutual hostility explodes into secret after-class hookups and unexpected feelings. With graduation looming near and their careers taking them in different directions, they’ll have to decide if a future together is worth adjusting their to-do lists and letting go of their carefully laid plans. 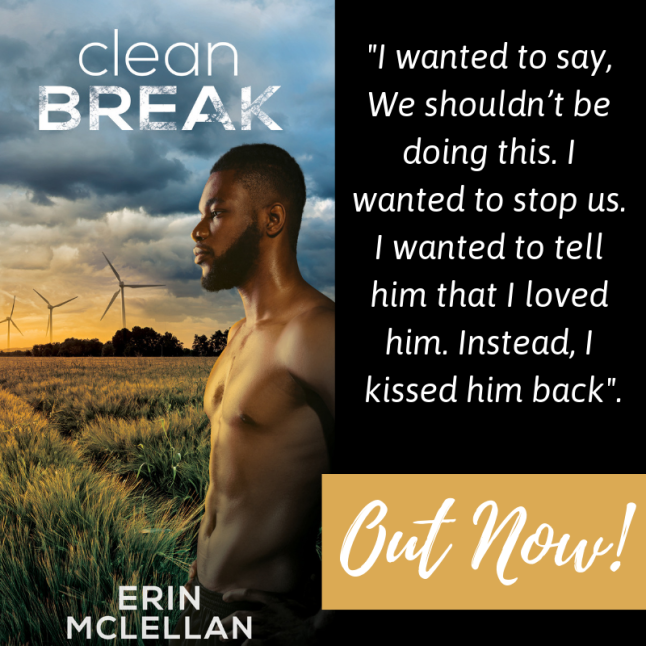 To celebrate the upcoming release of Clean Break, the first book in the series, Controlled Burn, has been discounted to $0.99 (USD)!
Pick up this sexy, angsty m/m college romance now!

Welcome to the blog tour for Clean Break, a m/m college romance between two men whose life plans are taking them in opposite directions. This story is sweet, slightly angsty, and a little kinky. I’m so excited to share an excerpt from my new release with you. There’s also a giveaway at the end of the post!

Connor had shut down, and I could have wrung Paulie’s neck. Anything that made Connor go from being alight with emotion and sweet words and strong hands to Mr. Ice Sculpture made me see red.

I grabbed the washrag from him and shed my boxers. It had not been fun putting those on when I was covered in lube. I washed myself off as best I could and threw the washrag and the towel from the bed into the hamper.

“I guess I should go,” Connor said. His voice was flat, and he was fidgeting by my desk, all closed off and bleak-faced.

“What the fuck?” I put my glasses on, crawled back into bed naked, and pulled the comforter over me. “That is not how this is supposed to go. We agreed on cuddling after fooling around.”

“But it’s not like you need it. You said you don’t need it.”

He was toying with the waistband of his jeans. What had gotten into him?

“I’m sorry about Paulie and Joel. Paulie’s a tease. He wouldn’t be that way if he didn’t like you, but I’ll talk to him about it. You don’t like being teased, and I’ll make sure it doesn’t happen again.”

I liked to think I was getting good at reading him. “Not always. I have no idea why you’re mad at me right now, and I’m not sure what to say to get you back into bed with me.”

“I’m not mad at you. But I don’t want to force you to deal with the caretaking stuff if you’re not interested.”

Uh, I was very interested. In fact, if he walked out of this room without at least giving me a fucking hug all the scary emotions in me would burst forth and I’d do something out of the ordinary. Like cry.

“But you don’t normally?”

An alarm bell started ringing in my head, telling me not to answer.

That finally got him stripping his jeans off and moving back toward the bed. I wanted to fist pump. He pulled the covers down and asked me to roll over. He rubbed lotion onto my cheeks and legs, and I turned to goo. His hands were one of my favorite parts of him—his fingers, his palms, the rough strokes of his thumbs against my skin.

He’d spanked me enough times for the lotion to be a piece of our routine. He loved this part. And I loved that contrast between the bright, amped gleam in his eyes when he spanked me and the soft, melty sheen when he took care of me afterward. He’d even told me that he’d bought my eucalyptus lotion to keep at his own apartment, which, now that I thought about it, was the act of a boyfriend, not a fuck buddy.

Shit, I was so fucking this up.

Once he was done slathering me in lotion, I said, “You’re jealous.” He sighed and stared up at the ceiling. “You’re jealous because I made that joke about Paulie and Joel being used to hearing me have sex.”

“So? That seems like a perfectly normal reaction after we’ve just had sex.”

I cupped his jaw. Our no-strings-attached hooking up was spiraling out of control faster than I could handle, and it wasn’t his fault. It was mine. I’d all but admitted I wanted to be his and his alone while he’d been spanking me.

“It is normal, and I’m sorry.” I brushed my thumb over his eyebrow. It looked brown in the lowlights of my bedroom, but in the sun, the strands shone brassy red. “I think it’s important that after a night like tonight, where it was kind of intense, that we have a quick gut check, you know?”

“No. I don’t know.” He folded in on himself, shutting down, like a card table being broken down and shoved into a closet.

“I want to make sure we’re still on the same page. I love hanging out with you, but I don’t want a boyfriend. Not with graduation so close. And not with our plans taking us so far away from each other.”

It physically hurt to say that, but I needed to for both of our sakes. I should have spelled it out weeks ago. We didn’t have a future. Hell, we didn’t have three months. It would be easy to fall into a relationship with Connor. He was hot and sweet and just the right side of rough in the sack, but he came with baggage.

His baggage was a fucking farm.

And I’d be in St. Louis for the summer. Then Oklahoma City for the school year. Even if we could swing long distance in the short term, long term there was no future. He was tied to Elkville forever, and I had plans.

“Are you checking in on me because of the virginity thing? I told you I wasn’t going to catch the love bug because I stuck my dick in you.”

I laughed and scooted closer to him. “Nice, Connor. Real colorful.”

He wrapped his arms around my shoulders and some of the tension in both of us thawed. His fingertips trailed down my spine.

“I have feelings for you,” he said. “I’m not going to pretend I don’t, but I respect that you don’t want this to be serious.”

How could so few words, spoken with very little emotion, set my blood on fire?

“So you’re okay with not being boyfriends? Not being monogamous? Etcetera, etcetera.”

His breath hitched at the word “monogamous,” and my stomach rolled. I wasn’t sleeping with anyone else, and I didn’t want to. But it wasn’t fair for me to ask the same of him when I wasn’t exactly offering him anything solid.

God, maybe I was selling us short? I had no idea.

Why did this have to be so hard?

“Good.” I snuggled closer to him. His heartbeat thundered against my cheek. “Tell me a story.”

His tiny chuckle echoed through me, and I sighed in pleasure. I loved his laugh. There was so much about him to love.

“What type of story?”

Erin McLellan is the author of several contemporary romances, all of which have characters who are complex, goodhearted, and a little quirky. She likes her stories to have a sexy spark and a happily ever after. Originally from Oklahoma, she currently lives in Alaska and spends her time dreaming up love stories set in the Great Plains. She is a lover of chocolate, college sports, antiquing, Dr Pepper, and binge-worthy TV shows. Erin is a member of Romance Writers of America and its Alaska chapter.

To celebrate the release of Clean Break, Erin McLellan is giving one lucky winner a choice of one of her back list titles (reader’s choice!) plus $5 Amazon gift card