Hello and good morning my lovely readers,
it’s Friday and what’s better than starting the upcoming weekend with an amazing post? 🙂

I have author Lilah Suzanne on my blog, sharing an exclusive bonus scene of their latest release Jilted, which was released yesterday.

You ever wanted to know what happend when Carter and Link visited drunken the fortune teller on their first night they’ve met? 😀
Read further for this adorable and funny scene. I can only say: the stars don’t lie, right? 😉

Also stay tuned and visit my Instragram account, because I’m part of the Jilted Instagram Tour with other fantastic bookstagrammers. A review of the book will also follow later. 🙂

It’s just shy of two a.m. when a couple enters—stumbles, more accurately. The shorter one with mussed brown hair eyes her warily, despite being obviously drunk, and the taller, slightly less drunk one with long glossy black hair grins at her in a way that is just this side of maniacal.

“Welcome to Mystical Visions, I’ll be your spiritual guide this eve— morning.”

The shorter one leans over a counter that houses healing crystals, their bloodshot eyes challenging. “Who’re you, like, Madame Tussaudes?”

The taller one snorts and says, “Carter that’s a wax museum, god you’re hilarious.” Then laughs for quite a long time.

“You can call me Melissa,” Melissa says to Carter and to Carter’s companion once their hysterical laughter finally subsides. “And what I can do for you?”

“Don’t you know?” Carter challenges and she smiles. Not the first time that’s happened by a mile.

“Do you?” She replies. Carter, for a moment, looks completely dumbfounded.

“Never mind him,” the tall one waves a hand in dismissal. “We want a tarot… thingy.”

“A reading?” Melissa fills in. “Of course, right this way.”

She leads them both to the back, gesturing to two chairs before gathering a tarot deck and turning to join them. The light is subdued in the back, lit with candles and the soft pink glow of a Himalayan salt lamp in the corner. Carter calls out to the tall one—Link—from where he hovers uncertainly in the threshold. Link moves back to him with a gentle touch and encouraging words murmured in his ear. When they both join her at the table, Melissa says, suddenly hit with a wave of certainty, “You’ve been together a long time.”

Carter lists forward with a shout. “Ha! We just met.” He squints and jabs the table with a pointed finger. “Today.”

Melissa shakes her head and shuffles the deck. “No, no I’m certain you didn’t.” Carter rolls his eyes, as she expected him to, but Link— Link’s lips press flat and their eyes widen and fill with shining tears. It’s too much; she’s in danger of losing them both. “Let’s get started, shall we?” She sets the cards face down in position. Despite the claim of only having met today—at least in this life—Link’s arm is hooked securely through Carter’s, and Carter’s side is pressed entirely into Link’s.

“This first card,” Melissa says, “represents your current situation.” She’s decided to give them both the same reading, as her intuition says she should. She flips over an Eight of Pentacles. “This card indicates focus and being completely absorbed in your current task. Professionally, this means that you will find yourself undertaking new tasks or even new career opportunities and finding a work-life balance. Personally, it means you are comfortable and happy in your relationships—“

“Wow, that could not be more wrong!” Carter’s voice is over-loud in the subdued space. It’s also quivering with anger. Link frowns and squeezes Carter’s arm.

“It could also mean,” Melissa continues, “That you’re ready to build a healthy relationship, slowly and surely. Your past heartbreak has made you primed for a love connection that’s healthy and full of respect and deep meaning.”

“How can it be both?” Carter says, but he’s not angry now, just mystified. “This is… silly. You jus— just— pick cards that can mean anything and like, people hear what they want to be true.”

“Carter Jacob,” Link says, in the same awed tone. “So analytical. So hot.”

Carter’s cheeks flame red and Melissa feels very much like a third wheel. She hums, then flips the rest of the cards, explaining the meaning to a stone-faced Carter and to Link who is half paying attention to the reading and half focused, moon-eyed, on Carter. She deals a Page of Swords, and Four of Cups, a Two of Swords, Nine of Pentacles, Ace of Wands, and for card number seven, “The Fool.”

“The only one that makes sense,” Carter adds, stormy again.

“Keep in mind that the card is only a guide, not a rigid meaning. It is the storybook of our life, the mirror to our soul and the key to our inner wisdom.”

“Or it’s a coin flip that means diddly squat.” Carter, of course.

“The Fool,” Melissa says, unbothered by the interjection. “The Fool offers a journey with challenges and uncertainty. It asks you to have faith. And in this position it’s a very exciting card indeed. What it represents in your own journey is yet to be seen.”

Carter snatches up the card to glower at it. “The Fool,” he mutters.

Link gasps in sudden excitement. “Carter Jacob you would look so gorg with some eyeshadow and a bit of contouring.”

Melissa finishes the reading and manages to extract a debit card from one of them. As she processes the payment, Link begins to chatter about crystals and someone named Danielle, gesturing wildly, face bright. It’s Carter’s turn to stare goggle-eyed at Link, a soft smile playing at his lips and body titled instinctively into Link’s. As they leave, Melissa touches Link’s retreating back.

Link swallows and nods, dark eyes wide and wet again, and then the two of them are gone, whooping and laughing into the early morning light. Melissa chuckles to herself and finally closes up shop. She doesn’t need to be a psychic to see that those two are already falling head over heels in love.

I hope you’ve enjoyed this bonus scene? I had tremendous fun with it. :3 If your interest is now sparked, read below and check out the retailer of your choice to get yourself a copy.

Or participate in the giveaway in the Instagram tour I’m part of, to win a nice giftcard by the publisher. 😉 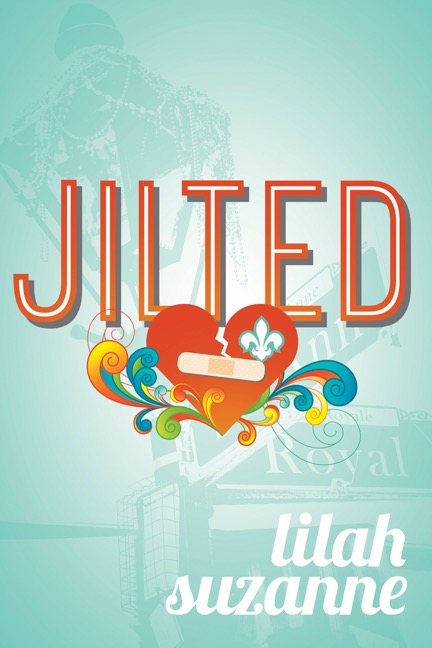 Author’s/publisher’s content warnings:
Mentions of biphobia and insensitivity to biphobia

A romantic comedy of love lost, faked, and found…

Carter’s fiancé is in love with someone else. Link has just been left at the altar. After bonding over mutual heartbreak at the would-be reception’s open bar, Link and Carter pass out in the honeymoon suite—and are mistaken for the happy newlywed couple the next morning. Reluctant to deal with the fallout from their breakups, they embark on an exciting week of fake honeymooning, during which Carter starts to have real feelings for Link. A genderqueer artist who lives life by their own rules, Link inspires Carter to build a new future. Against the eclectic and electric backdrop of New Orleans, Carter and Link have to decide if a second chance at love is in the cards, or if they’re only meant to be sidelined in someone else’s story. 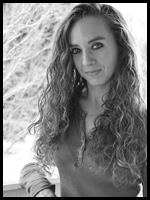 Lilah Suzanne is the author of Amazon bestseller Broken Records, part of the Spotlight series along with Burning Tracks and Blended Notes. Lilah also authored Spice, the novellas Pivot & Slip and After the Sunset, and the short story Halfway Home, which was featured in the holiday anthology If the Fates Allow. A writer from a young age, Lilah resides in North Carolina and mostly enjoys staying indoors, though sometimes ventures out for concerts, museum visits, and quiet walks in the woods.