Hello and welcome to my blog and the release blitz of Taylor Brooke’s final book in
The Isolation series, Legacy Strain.

Read this post for an excerpt, don’t miss the giveaway. 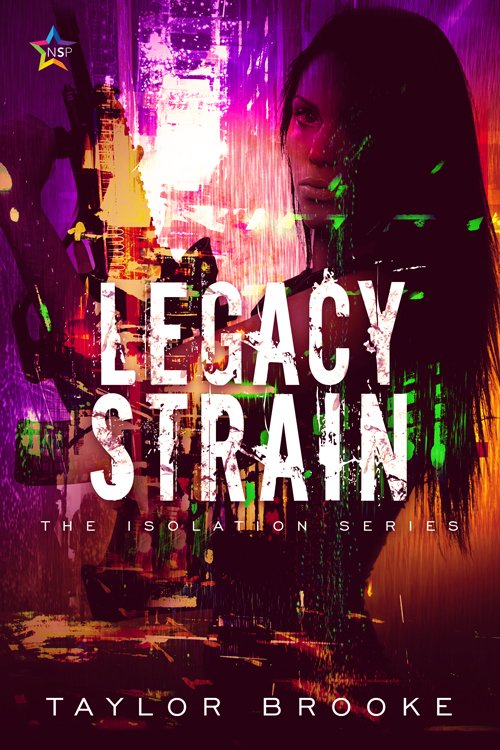 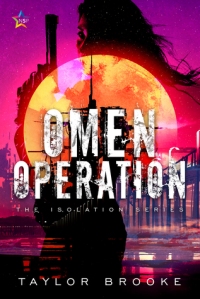 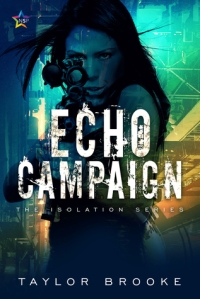 War is on the horizon.

After fleeing the white-walled labyrinth where Brooklyn and her friends were caged, trained, tortured, and studied, the group of renegade Omens prepare for the fight of their lives. But an unexpected arrival from Kirin—the dangerous, secret project Juneau has kept locked away in Isolation’s main facility—complicates things.

Despite the rumors surrounding Kirin’s loyalties and capabilities, Brooklyn decides to make an alliance. Together they form a plan to rescue their friends and take down Isolation once and for all.

Julian Matsumoto is strung between two sides of his heart.

Desperate times call for desperate measures, and freedom always has a cost. Julian doesn’t know if he has what it takes to pay the price, especially if that price is Kirin’s life. But the Legacy Strain is being weaponized and they don’t have time to waste.

This is their only chance to escape Juneau Malloy for good, and Brooklyn Harper has been fighting for too long to back down now. Armed with deadly skills and a hunger for vengeance, the Omen Operatives set out on a risky mission to eradicate Isolation, contain the volatile Legacy Strain, and earn the freedom they’ve been chasing since Camp Eleven. 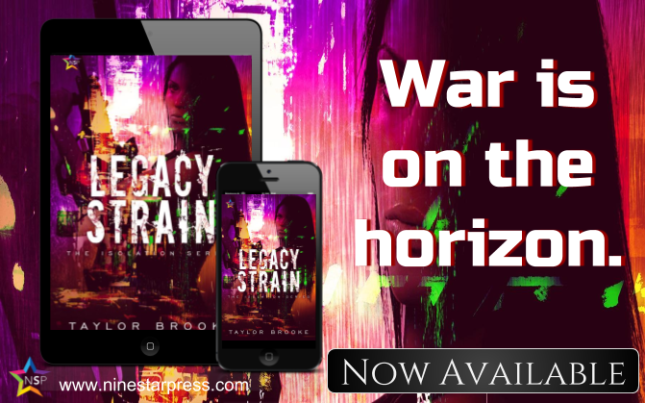 They buried Plum in the garden.

Rain had softened the ground. Nicoli threw seeds into the dirt with her and said a prayer. Brooklyn couldn’t concentrate on anything. Not the shovel she held or the blood on her hands or the pile of soldiers drenched in gasoline on the other side of the house. Cambria had stopped crying a few minutes ago. They put a bundle of flowers on the mossy mound that served as Plum’s grave. Nicoli didn’t ask for help burying Michelle, but Brooklyn shoveled with him anyway.

Smoke rose from the pile of soldiers they’d killed and Isolation had abandoned, scented like rubber and skin and hair. They had no identification. No phones or pictures or wallets. One wore a rosary, but that was all. Brooklyn and the others waited for a few hours, wondering if the sirens wailing in the distance would grow closer. They didn’t. No police. No other soldiers. No Surrogates. No one came.

Isolation had left them behind.

Brooklyn had no idea what the next move would be—Isolation’s or her own.

Brooklyn didn’t say anything until he looked at her. “Are you talking to your sister or me?”

She listened for chatter. There was none. She listened for doors slamming, plates shattering—for Dawson’s anger. But it was quiet. “Was it true what Kirin said? She would’ve killed us?”

“She would’ve tried to.” He didn’t have much left to lose, but his audacity still surprised her. “Michelle was as right as she was wrong a lot of the time. She didn’t think any of you were capable of having normal lives, doing normal things.”

“We did have normal lives,” she said, tempering the heat in her voice. “We did do normal things.”

“Yeah, you did. Then they took you, and they trained you, and now we’re burying my sister and my best friend, and we’re burning bodies in the backyard.” His gray eyes fixed on her. “What’s next, Brooklyn? How does this end?”

“It ends when Juneau’s dead and we’re free,” Brooklyn said. She didn’t know if that was the truth, but she thought it had to be. “You should find somewhere safe for Cambria and Lance. They’ll keep hunting us, and people will probably die. I’d rather it not be you.”

“That’s not an option,” Nicoli said.

Brooklyn walked away before Nicoli could argue with her. She couldn’t force him to go, but she wouldn’t be happy if he stayed. They had targets on their backs. Blood on their hands. There was no good way out of this, no peaceful resolution.

She found Dawson in the kitchen. He leaned against the counter with a bottle of bourbon tipped against his lips.

“You won’t find him at the bottom of that bottle, D,” she said.

His cobalt eyes met hers as he took another swig. He sucked in a sharp breath after he swallowed. His voice was liquor-rasped, low and scathing. “Won’t know ’til I get there, right?”

A heartbroken Dawson was the worst Dawson.

Brooklyn rolled her eyes. She hung her head back and stared at the ceiling. Blood speckled the walls. Remnants of the smoke bombs still lingered. She smelled burning skin, sour bodies, and the hard bite of the liquor on Dawson’s mouth.

Amber sat cross-legged on the couch beside Cambria. Rayce was outside with Gabriel and Lance, making sure the gasoline and the flames did their job. She had no idea where Julian had gone with Kirin—she didn’t care. Dawson kept drinking. Brooklyn kept breathing. Everything around her continued to fall apart, bit by bit.

“Dawson,” Brooklyn said, barking his name. He didn’t bother looking at her this time, just tipped the bottle against his lips and walked away. His boots made hard sounds on the tile then the stairs. A bedroom door slammed seconds later.

“You should let him be, Bambi.” Amber sighed from the couch. Her leg was messed up, cut by debris and caked in dried blood. Cambria tended to her with a wet washcloth and a thick bandage. “We all know Dawson’s the cold and quiet type. Pushing him might not be the best idea right now.”

“If he doesn’t keep it together, who will?” The question was low under her breath. If Amber had heard her, she pretended not to. Brooklyn appreciated that. “Rest for a while, okay? We’ll figure out a plan tomorrow morning. We need to eat, sleep… Just… I don’t know, we need to breathe for a minute.”

Cambria cleared her throat. “I don’t know what we’ve got left in the pantry. The smoke probably contaminated the fresh stuff. I think there’s bread in the fridge, maybe some fruit. We’ve got canned veggies too.”

She listened for sirens. For gunshots. For helicopter wings.

The property was quiet and forgotten. They’d buried their dead. Brooklyn glanced out of the shattered window over the sink. Gabriel stood in the middle of the backyard, staring at the sky. They’d come this far, and they now they had to go back. Brooklyn watched fractured light bounce off Gabriel’s shoulders and nose and chin and saw the dark remnants of blood on her knuckles. 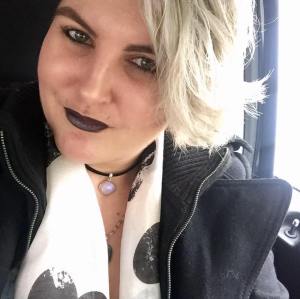 Taylor Brooke (she/they) worked as a special effects makeup artist for many years before she wrote her first book. When she’s not writing, she’s exploring the Pacific Northwest, backpacking, or reading. She is the author of The Camellia Clock Cycle and writes #ownvoices Queer books about love, secrets and magic.

There is a giveaway to win a $10.00 NineStar Press Gift Code! 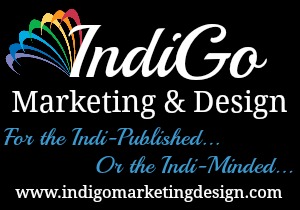