My lovely readers, welcome to my blog and my today’s release blitz post of The Enchanter’s Flame by Michele Notaro.

Check the post out for an excerpt and a few amazing teaser pictures. I assure you want to grab your own copy. 😀 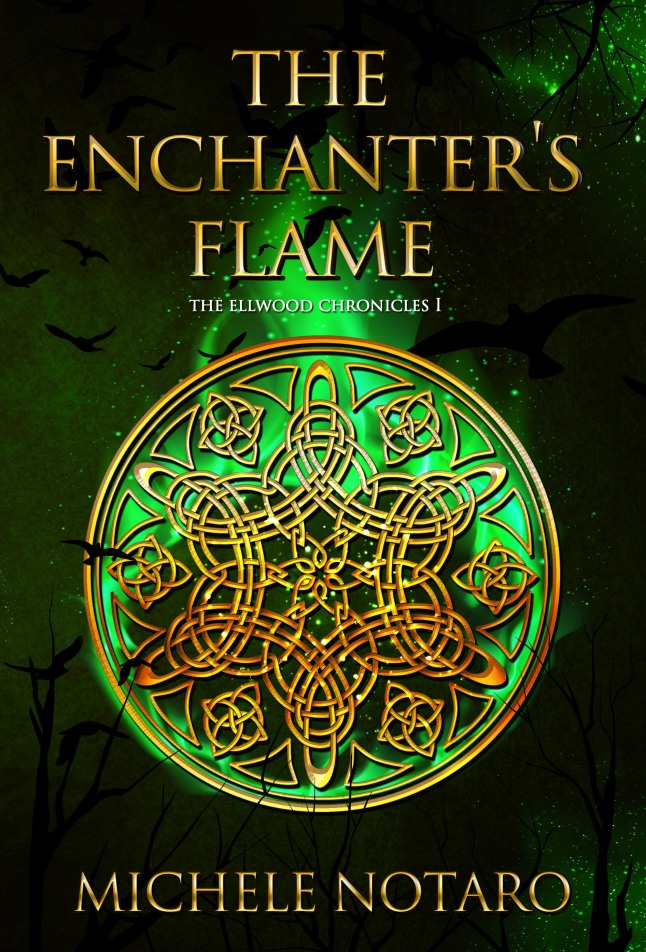 Strange things are happening all around Brinnswick. Things that remind me of a piece of my past I’d rather forget. Girls are being killed, drained of blood, and left with strange markings on their bodies. When I finally connect the cases together, a specialist is called in—though, what he’s a specialist of is beyond me.

When the chief assigns him as my new partner for the case, I can’t help but groan on the inside. Why of all people would I be assigned to Ailin Ellwood? The man is a disaster waiting to happen and a jerk to boot. A sexy jerk, but a jerk nonetheless.

What will Sebastian think when he discovers Ailin’s specialty? Will he make a run for it or will he stick around and discover a world of magic hidden beneath the city’s surface?

***The Enchanter’s Flame is the first book in the Ellwood Chronicles. It’s a paranormal romance that contains explicit material and is intended for mature adults 18 and over.***

I needed to pee, so I set the cat on the floor and went to take care of business. The thought of jumping in the shower while Ailin was out crossed my mind, so I pulled the shower curtain back, but yelled out in surprise. Holy shit! There was a fucking snake in the tub! “What the fuck?” I ran out of the bathroom and scooped up Seraphina so she wouldn’t go investigate the bathroom and wind up hurt, then I ran straight for the phone to call the front desk to take care of it. I had no idea what kind of snake it was or how it’d gotten in there or whether or not it was venomous or whatever. But I didn’t want to take the chance of trying to grab it myself. If it was venomous, I could end up in the hospital.

I picked up the phone and dialed the front desk, but just as the girl picked up on the other line, Ailin slammed the door open and boomed, “What’s wrong?”

I blinked at him as a huge rush of wind came in through the door, blowing the loose side of his hair. I lowered the phone a little and answered, “There’s a snake in the tub.”

He narrowed his eyes at me. “Who are you calling?”

He looked… terrifying. It was like the wind coming through the door was playing off his emotions. I knew that wasn’t really happening, but he looked as stormy as the weather behind him. “I-I was calling the front desk to come get it.”

“I’ll take care of the snake. They’ll probably just kill it. I can grab him and release him outside.”

I stared at him for several seconds before hanging up the phone. I could see how serious he was, and I knew he was right, that the front desk girl would likely just kill the animal. It seemed like Ailin’s love for animals knew no bounds.

He glanced at me, then noticed the cat in my arms, and his gaze softened a little. “You saved Sera.”

Some of the wind died down. “Thank you.”

He headed straight into the bathroom, so I got up and followed him, holding the kitten tight to my chest. I stood in the doorway to watch him. He made a few sounds, like hissing, and I swear the snake hissed back, then Ailin spoke under his breath, but I couldn’t understand what he was saying.

“How are you going to get—”

I cut myself off when Ailin reached a hand into the tub, and a second later, the snake was slithering up his arm. I took a step backward and stared in disgust. What the fuck is he doing? That thing is going to bite him! Ailin stood and the snake wrapped around his arm, then around the back of his neck.

“Ailin, it’s going to bite you,” I whisper-yelled.

Ailin shot me a cocky smirk. “It’s nice to see that you care, Sebastian, but I guarantee he won’t hurt me.”

“How can you possibly say that?”

He shrugged and I frowned as the movement caused the snake to shift so its head was near Ailin’s throat. “He’s just lost.”

I blinked at him. “Okay, well, go… throw him in the parking lot or something.”

Ailin frowned at me. “I’m going to help him find his home. I think he comes from the same woods we’re heading to, anyway.”

“That thing is not coming in my car!”

Ailin huffed. “You and the car rules again! How can I possibly keep up when you keep adding more and more rules?”

I closed my eyes and my nostrils flared in irritation. “I’m not changing the rules. I told you before I didn’t want a cat in my car, so it’s the same rule… it applies to all animals.” Sera hissed a little at me, and I mumbled down to her, “You don’t count. I like you.” Okay, so I guess Ailin isn’t the only one that talks to her.

“But you changed your mind and let her in. Why would it be any different with George?”

“Did you seriously just name that snake ‘George’?”

“No, that was his name already.”

I had no words for that. “You… you’re not bringing George into my car!”

“Then I guess I’m walking to the crime scene.” He clenched his jaw, then shouldered past me out of the bathroom as I tried to scramble away from the snake. “And you think I’m the mean one.”

Michele is married to an awesome husband that puts up with her and all the characters in her head–and there are many. They live together in Baltimore, Maryland with their two young boys and two crazy dogs. She grew up dancing and swimming and taught dance–ballet, tap, jazz, hip hop, & modern–for ten years before her kids came along. Now she stays home to write about the sexy men in her head and does PTA everything–as long as coffee is involved. Two other tattooed moms run the PTA with her, and though she wants to rip her hair out from it, she still loves it.