My dearest readers. Today is the release day of Morningstar Ashley’s A Different Light.

It’s Morningstar Ashley’s second work and I am thrilled to share my release blitz post with you. :3
I have an excerpt & a few teaser pictures for you to make you thristy for this book. 🙂
I also have a review scheduled for January 5th. 🙂 So stay tuned for this review in the next year. 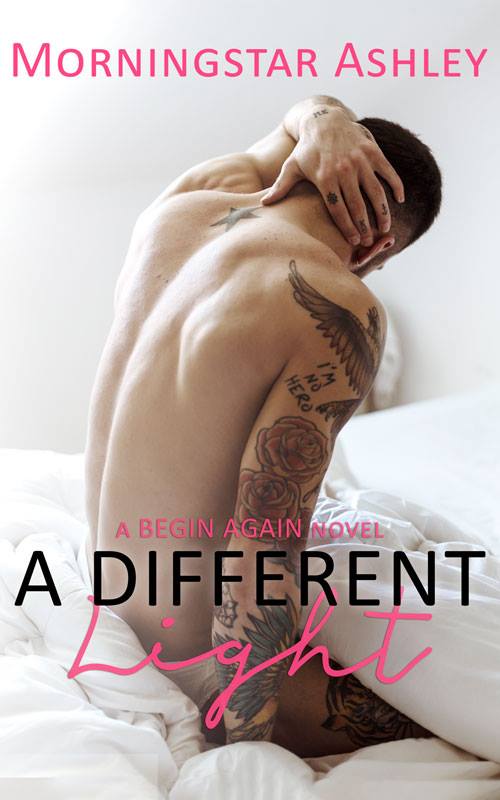 Bennett Cole had lived next door to Mitchell “Mac” Campbell, III for eighteen years of his life, in the small town of White Acre. They’d never gotten along, never seen eye to eye, and never understood one another…not that they’d ever cared to try.

But when Bennett’s so-called buddies ditched him at a party in the woods where he was assaulted and left for dead, Bennett pulled through. The emotional scars rendered him too terrified to go back to school and face his “friends” or his attackers. With little choice, his family packed up and left town.

Ten years later—at the request of his mother—Bennett returned to the place he’d grown up and the home he’d once felt safe, to oversee the repairs before his childhood house was sold. The contractor? None other than Mac, the once annoying boy next door, who still lives there in the home his parents gifted him.

Being in such close proximity—working together every day, to repair the Coles’ family home—Bennett and Mac’s contentious relationship goes from bad to worse as their personalities continue to clash. But their heated exchanges may not be as antagonistic as they seem. And when new information is revealed, can the men begin to see each other in a different light? 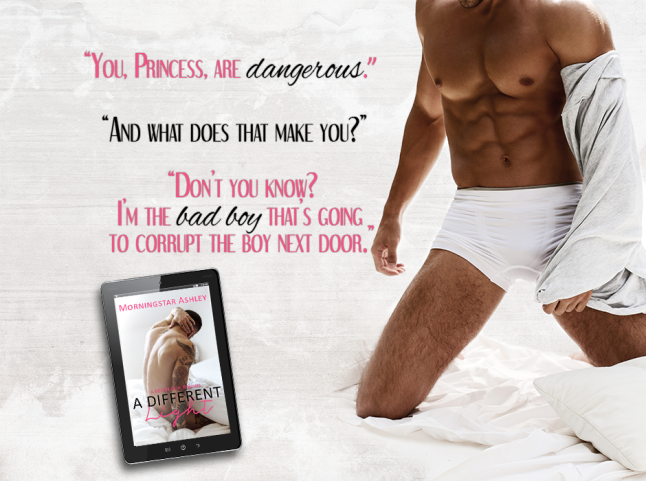 Mac was so close he lost his train of thought. So close that Bennett could reach out and grab what he wanted all week, but he was so weak with want, he couldn’t get his mind to cooperate to move his limbs.

“You don’t want a reward for your hard work?”

Mac’s hand came up as if in slow motion. At first, it was just his fingertips, gliding against Bennett’s waist. A shiver rushed through him. Then Mac’s palm touched, warming, moving around his side until it settled at the small of Bennett’s back. Mac slowly pulled him to his chest. He could feel Mac’s heat seep through his own shirt. “There’s nothing you can think of that you’d want?”

Bennett’s breathing picked up. His mind raced. His balls tingled and tightened. He knew Mac had to see the pleading and want through his eyes. Bennett couldn’t hide it, not then, not so close to Mac, feeling his body against his and his breath wisp across his lips as they stared into each other’s eyes. It felt big, like Mac wasn’t just staring into his eyes but into him, searching for something.

Then Mac was closer, so close he could feel the words against his lips. “Because I think you deserve a kiss for being such a good boy. You want that kiss, Princess?”

All Bennett could do is close his eyes and nod. Speaking was beyond his abilities at that point. When did Mac become so sensual, so full of sex, and radiate desire so easily? Bennett loved sex, the tease, the lead up to the physical explosion of pleasure. But Mac brought it to a whole other level. Using words and small innocent touches, turning it dirty and provocative.

Bennett listened. As hard as it was to not just stay floating in the place of just feeling, he opened his eyes. What he saw made him moan. The want, the need in Mac’s eyes matched what Bennett felt coursing through his own body. He couldn’t think of anything else, because as lost as he was in the sensations Mac had him feeling with his eyes closed, he was just as lost in the heat that poured off the man now.

“What did you think would happen, B? Coming out here all flustered and angry with just a t-shirt and those cute boxers on?”

At first, Bennett had no idea what he was talking about, but then he remembered. He slept in his ‘Particle Physics Gives me a Hadron’ boxers and had been so lost in his anger that he’d never put on pants.

He swallowed, trying to loosen his tight throat so he could speak, but Mac leaned in, lips touching Bennett’s ear, and the only thing that came out was a whimper. He never whimpered. Fuck.

“Nothing turns me on more than you in full on Princess mode with your geek on full display.” And to prove that, Mac pulled them tighter together with the hand that still sat in the small of his back. Bennett could feel Mac’s hard length pressed against his. The barrier of the worn jeans that Mac had on and Bennett’s boxers was like paper between them.

“I’ve been good this week too. Not kissing your sweet lips, not touching your body, not taking you against any and all surfaces when you were so goddamn sexy with the paint splattered all over you and your shirt sticking to your body, soaked from your sweat. So, maybe I deserve a reward too.”

Mac pulled his face back just enough so that Bennett could look into his eyes again. He had that cocky grin playing at his lips but this time it didn’t annoy Bennett, it lit him on fire.

Mac’s eyes dropped and stared at his lips, making his nerves come alive. He licked his lips and Mac moaned. That sound. God, that sound went straight to the center of all that swirled around them.

“Please.” He didn’t know what else to say. It’d felt like they’d stood there frozen forever. Simple touches doing more than any amount of foreplay Bennett had ever experienced.

Morningstar Ashley is a transplant from the Yankee-controlled territory of New York, and now finds herself in the heartland of cowboys and longhorns—Texas. Armed with her imagination, wit, and trusty sidekicks in the form of her two crazy kids, devoted dorky husband, big lap dog, and rambunctious cats, Morningstar spends her time reading the books she loves, crafting her own characters, and arguing the merits of hot chocolate over the bitter brew known as coffee (Hot chocolate wins, FYI.).

Morningstar loves graphic design, so much so she returned to school for a degree and regularly tromps her exams and maintains a stellar GPA that occasionally leaves her confounded and pleased. She can while away the hours on new designs, and perfection isn’t too much to hope for when it comes to her art.

Her ideal career would be full-time artist and author, and so far, she hasn’t come up against anything to stop her on her journey. A fierce and devoted friend, Morningstar tries her best to always be kind, always be learning, and always improving. Giving up isn’t an option, and her greatest talent may be in her ability to convince others not to give up, either. After a lifetime of trying to get people to realize her first name wasn’t Ashley, Morningstar decided the best way to settle the debate was to put her name on a book cover. An avid reader and fiction reviewer for the blog and site Diverse Reader, Morningstar harbored a dream to one day join the ranks of her heroes, and she sweeps into the contemporary gay romance genre with her debut novel, LETTING GO. With plans to conquer gay, lesbian and LGBTQA+ romance, Morningstar has her gaze set on the horizon, her determination her own guiding star.

One thought on “Release Blitz: A Different Light by Morningstar Ashley”