Stacking The Shelves, hosted gracefully by Tynga’s Reviews, is a weekly feature. It is all about sharing the books you are adding to your shelves, may it be physical or virtual. This means you can include books you buy in physical store or online, books you borrow from friends or the library, review books, gifts and of course ebooks!

This week I received 2 ARCs, one review copy and bought/ got 4 books. 🙂
No review copies arrived me. 🙂 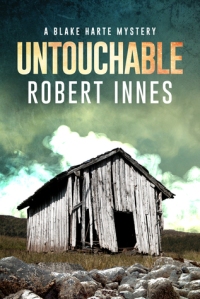 Harrison Baxter lives on a farm with his parents, on the outskirts of the village of Harmschapel. It’s picturesque, idyllic and tranquil – but Harrison is far from happy. His parent’s marriage is strained to say the least and on top of that, his boyfriend, Daniel, has been mentally and physically abusing him for years. After he finds himself with one bruise too many, Harrison has had enough. But when he plucks up the courage to finally end his violent relationship, Harrison’s life is changed forever when Daniel is found murdered in the most bizarre circumstances.

Detective Sergeant Blake Harte has moved to Harmschapel after his own relationship ended in tatters. But moving to a quiet village after working his way up the ranks in a city brings its own set of problems and Blake soon finds himself at odds with new colleagues who aren’t used to his style of policing. But when he is called upon to investigate the mysterious and impossible murder at Halfmile Farm, Blake finds himself facing the most challenging case of his career.

So how can Daniel have been shot in a locked shed that nobody could possibly have escaped from?
Is anybody really Untouchable?

I got this as a recommendation by Ashley John. 🙂 This sounds so good. :3 Thrilling actually. 🙂 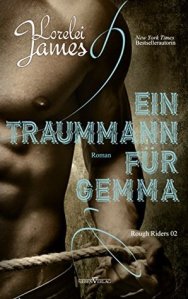 The first volume was good, so I requested this as a review copy, writing a review on Leser-Welt.de in German 🙂 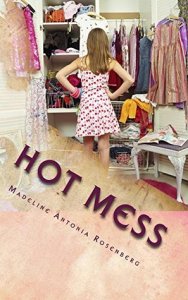 Anna McCormick seems like a cliché from her basic coffee orders to her relentless drama; however she is more than meets the eye. Join the journey of Anna and Trevor Sullivan through the laughs, tears and heartbreak. Meet the Clairetown crew – each character is more interesting than the next!
Warning: you may not be able to put this book down!
Anna McCormick is every girl after a break up- she is vulnerable and seeks attention in the wrong places. She is easy to love and hate at the same time. Trevor Sullivan is almost too good to be true. He seems like he is perfect on the surface, but there is much more to him than meets the eye. Benji Shaw is the “perfect” boy next door. He has a bit of a hero complex and wants to fix everyone’s problems. Tanya Rosen is the quintessential popular girl- everyone thinks she has so much confidence but really she is just as insecure as the next girl.
The book takes an unexpected turn and I think you will be pleasantly surprised!

I got a message by the author where I was asked if I like to review it. 🙂 Sounds good, it’s is non M/M, normally I’m a bit hesitant. 🙂 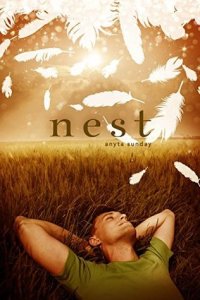 It just happened.
I wasn’t ready, but it didn’t matter.
You smiled, and it knocked me from my nest, took my breath away, and left me falling,
falling,
falling.

Julian: Enemy. Cousin. Best Friend. Something else?
Lenny: Confused. Fascinated. Frustrated. Broken.
Together, Julian and Lenny are the boy who smiles and the boy who falls.

Got this as the newsletter subscriber. 🙂 This looks so fabulous with the cover. :3 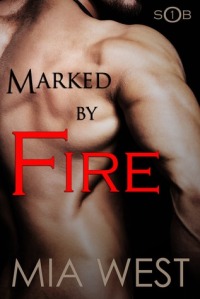 Eighteen-year-old Arthur burns for two things: a warrior’s ink, and Bedwyr, his older brother’s friend and shield-mate. Though the warlord’s son is beyond his reach, a Saxon incursion finally brings Arthur’s chance at the tattoo that will brand him a fighter. But when he abandons his training in the heat of battle, his reckless ambition costs Bedwyr his sword hand.

Once, Bedwyr trusted in two things: he was a warrior, and the presumed heir of Uthyr ap Emrys. Now, reeling from injury and banished by his father, he’s lost everything. The last person he can face is the cub who ignited his disastrous instinct to protect, especially when he arrives with Bedwyr’s armor and a dangerously hopeful scheme to restore him to his rightful place.

MARKED BY FIRE is the 1st book (28,000 words) of SONS OF BRITAIN, a fresh, dark, sexy retelling of Arthurian legend:

SONS OF BRITAIN series
They’re a long way from legendary. Amid the volatility of 6th-century Britain, Arthur and Bedwyr are just two young men, born to fight and bound to their warlord by blood and oath. But when fierce hearts collide, loyalties can shift, creating bonds far stronger—and ideas far riskier—than their world may be ready for.

SONS OF BRITAIN is the second series of the STORM’S EDGE saga.

When I got this it was free, it looks and sounds good. 🙂 I hope it is acutally promising. 🙂 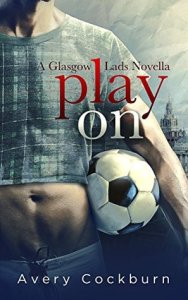 Duncan Harris is on the edge. Scandal has shredded his LGBT soccer team’s history-making season, and now the once-unflappable striker is lashing out. Only one person can tame Duncan’s rage and make him feel like himself again…

Bullied by schoolmates in his wee village, Brodie Campbell lurked deep in the closet before coming to the city of Glasgow. Here at university he’s out and proud, but the years of abuse have left him emotionally paralyzed. Can flatmate Duncan help Brodie escape his past and heal his wounded heart?

As the two lads grow closer, Brodie can’t forget how athletes like Duncan once tortured him. When Duncan attacks an opponent who threatens Brodie, the situation escalates. Soon Brodie doesn’t feel safe anywhere—especially in Duncan’s arms.

Have already the first volume in my collection (but unread), the pre-novella is a must too. 🙂

Also got my pre-ordered copies of Daring Fate (Silver Tip Pack # 1) by Megan Erickson (have a look at my review here) and Flying Without a Net by E.M. Ben. Shaul (more information here).
Also got a bonus story via Newsletter by the author of Jewel of Colorado (review is here to read), Jason Collins. As well as I got my copy of New Leaf by Hayden Hunt. Review will follow.

I like to give an overview of the anticipated books, some of them are preordered (marked with a ++). I put the link to goodreads on the title. In the comming StS issues I will present them. 🙂

This is my overview… Feel free to leave a comment if you have similar books on your list. 🙂